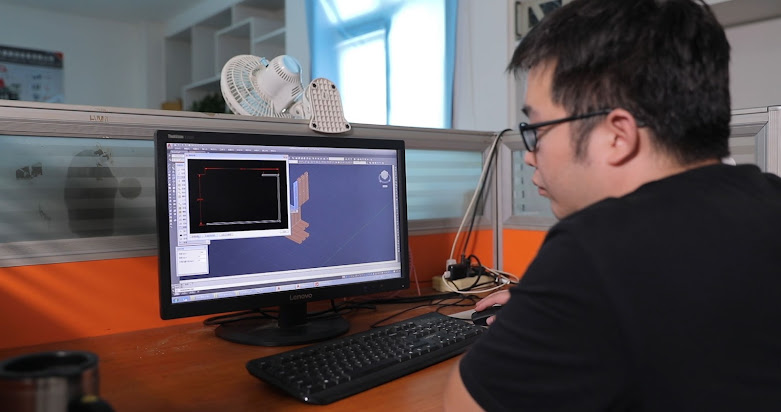 (8) Try to avoid that there is no air gap between the two busbars. For example, in KYN28-12/2500-40 switchgear, some switch factories use 2TMY100×10, but the connection between the internal contact box and the static contact. The two lower busbars are merged without gaps, and then separated by a busbar thickness after extending out of the contact box. In fact, this is a bottleneck. The rated current of the lower busbar here should be roughly calculated as the current carrying capacity of TMY100×20, which is smaller than 2TMY100×10. This form should be avoided in structural design.

(9) When the rated current of the main bus is greater than 5000A, the use of the conventional rectangular bus can no longer meet the requirements. At this time, we should consider the use of special shapes such as U-shaped O-type busbars. First, reduce the cost of the busbar; second, ensure the reliable force effect of the busbar. At the same time, it is necessary to consider the selection of primary components that match the selected busbar, such as the busbar sheath and the wall bushing, and consider the connection with the lower busbar.

(10) When a bus bar with a rated current of 1500A or more passes through a metal separator through a bushing or busbar sheath, a closed magnetic circuit should not be formed around it. This is because electric current can generate eddy current and hysteresis loss in the magnetically conductive material and generate heat. Under normal circumstances, the eddy current gap for cutting off the magnetic circuit should be opened on the metal partition that passes through; when the rated current is greater than 1500A, non-magnetic materials such as non-magnetic stainless steel plates or hard aluminum plates should be considered. Due to the poor mechanical strength of the hard aluminum plate, the non-magnetic stainless steel plate is recommended in most cases.